The History Behind the Obelisco 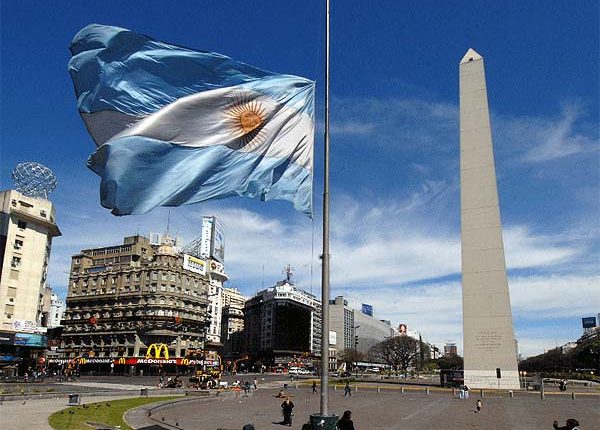 The Obelisco is something you see all the time in Buenos Aires. It can be seen thousands of meters away and is plastered all over postcards and billboards all around the city. But what makes this monument so special? And what is the history behind Argentina’s most famous landmark?

Standing at 67.5 m tall, the monument intersects two of the biggest and most important streets in Buenos Aires, Calles 9 de Julio and Corrientes. Designed by Alberto Prebisch in 1936 from Cordoba white stone, the monument was built to commemorate Buenos Aires’ 400th anniversary. Each side of the landmark represents important moments in Buenos Aires history: the founding of the city in 1536, its second foundation in 1580, the inaugural celebration of the Argentinian flag in 1812, and the declaration of Buenos Aires as the country’s capital in 1880.

The obelisco stands at the exact location where the San Nicolas church once stood and where the Argentine flag was raised for the very first time in 1812. The location was, and remains, a popular spot for demonstrations and gatherings. People often flock to its location for various causes including political protests, religious meetings, sport celebrations, and more.

Although the majority of Argentines see the monument as a symbol of pride and independence, it has unfortunately received a fair share of vandalism over the past few decades causing the government to built a fence around its base in 1987.

Nowadays, the government often decorates the monument during significant celebrations and holidays. The monument has been decorated as a Christmas tree, a pencil for La Noche de los Lápices, and a giant pink condom to commemorate World AIDS Day.

Right next to the Obelisco are the famous BA grass letters, making this location a great picture to summarize your time in Buenos Aires.