Apapachar as the most beautiful word in Spanish from Nahuatl 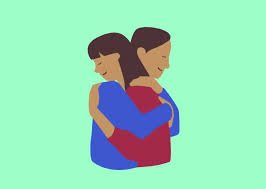 Apapachar as the most beautiful word in Spanish from Nahuatl

Defined by the RAE as “affectionate pat or embrace.” However, Mexicans have a much more poetic definition for this act: “to embrace or caress with the soul.” The word apapachar is often called the most beautiful word that Nahuatl has given Spanish. 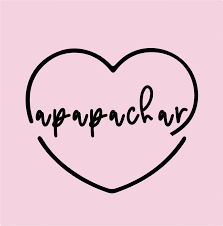 The term, which is most common in Latin American countries, refers to something beyond physical contact. Apapacho is affection, comfort, pampering, tenderness. Far from a simple slap.

Etymologically, apapacho derives from the Nahuatl word patzoa. It can be translated as apretar. Some authors also associate it with the word apachurrar.

The word guacamole is composed of the words ahuacatl and mulli. The latter means “sauce,” which explains the many different moles that exist in delicious Mexican cuisine. The word ahuacatl has been used to refer to both the tree fruit of the same name and the testicles. Do you recognize a similarity?

A box full of surprises

Another lesser-known Nahuatl heritage is chicle. Tzictli (“sticky thing”) was the name of the resin of the chicozapote tree. This was used by the ancient inhabitants of Mesoamerica as chewing gum. And the word tiza also comes from Nahuatl, where plaster is called tizatl.

In Spain, chapapote (tar) is of Mesoamerican origin. The word for the black, viscous substance that littered the beaches of Galicia in 2002 after the sinking of the oil tanker Prestige.

Other words besides apapachar from Nahuatl that have been translated into Spanish and are used in several Spanish-speaking countries is hule. This comes from ulli, “rubber or elastic gum,” and petaca. Petaca refers to something like suitcases and pocket bottles for alcoholic beverages.

But some of the most beautiful and sonorous – such as achichincle, papalote, or pepenar – are more geographically restricted to Central American countries. Achichincle (literally, “one who sucks water”) can be translated as “subaltern.” This although it has a somewhat pejorative connotation, implying a certain submissiveness.

Papalote (originally the Nahuatl word for butterfly), on the other hand, now refers primarily to paper dragons. Pepenar describes picking things up off the ground.

What other beautiful Spanish words do you know from Nahuatl? Does apapachar remain the most beautiful word in Spanish?

At Elebaires you have the chance to discover more peculiarities of the Spanish language.