Hooray! Finally a place where students can afford to travel!

Argentina has recently become a very affordable travelling destination, particularly in comparison to many other popular countries such as Australia and parts of Europe. One reason for this is because Argentina has two different exchange rate: the official rate and the “blue” rate. Argentina’s official currency is the peso, however the US dollar is highly valued and highly demanded here too. The peso is closely monitored by the Argentinian government in order to retain as much of the country’s dollar reserves as possible due to the increasing lack of supply of the dollar in Argentina. 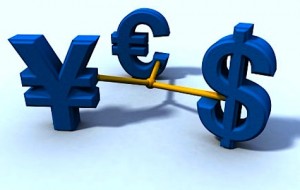 As the Argentinian people are limited to the amount of dollars they are able to obtain, an informal exchange rate has emerged where people exchange pesos for dollars outside of the banks. This is referred to as the “blue market” or “dólar blue”. This exchange rate is alot better as people are willing to pay for the dollars due to its high value.

Nowadays, tourists can enjoy an exchange rate in the “blue market” of:

In order to exchange money on the “blue market”, you must find an illegal money changer, known as arbolito, which are located in places known as cueva. The best way to find these are asking a trustworthy person you know who lives in Argentina. The other option is to go to Calle Florida and ask one of the many arbolitos there (they are the ones calling “cambio cambio!”). But, it is important that you go into the shops to change your money. Don’t do it directly on the street as there is a risk that you can be given fake money.

There is also a company called Azimo, which allows you to send money from abroad using the “blue market” exchange rate. Loads of foreigners travelling or living here use this method to get money when they are in Argentina. It’s safe, easy and you benefit from the amazing exchange rate!